Last summer, I had a bit of a meltdown over the 4th of July weekend.

That was the first big heat wave of the summer, and we hadn’t installed the air conditioner because the bars on the windows made it impossible.

We’d intended to get out of The City for the long weekend, but the complicated camp out with friends I’d been trying to plan refused to come together. The fourth dawned blue skied, sunny, and hot. When I climbed out of bed, I couldn’t escape the image of Lake Padden, floating like a mirage in my mind. A swim would feel so good. A trip down the Nooksack on an inner tube would be a dream. I imagined spending the whole day floating on Lake Samish on an air mattress. As hot as it was, I would have gladly traded my favorite shoes for a Mr. Turtle pool in the back yard.

I came home from walking Sophie with big ideas about going to the beach, visiting the water park in New Jersey, and paying a fee to swim in the pool at Chelsea Piers. When it became apparent that none of these plans was going to work I actually cried.

I’m not talking about some watery eyed whining. I’m talking about a full blown, collapse-on-the-floor-and-blubber-till-the-snot-runs emotional cataclysm. Kris was, understandably, a little confounded.

In the end, we spend the 4th of July in the cool interior of a movie theater. In the end, I vowed NEVER to be trapped in the city on a long summer weekend again.

This year I started looking for our escape a month in advance.

One evening I got online, and started looking at campsites in the Catskills, cabins for rent near Niagara Falls, and Bed & Breakfasts in Maine. After a couple hours of research, I called Kris over to show him the cabin near Niagara Falls. After perusing my findings he said simply,

“I want to go to the beach”

So I handed him the laptop and went to wash the dishes. Half an hour later, he found me in the kitchen.

“How about a four star hotel in Puerto Rico?”

We left on an evening flight on Thursday, the 3rd, and arrived in San Juan at 1:45 a.m. A short cab ride took us to the Wyndham Hotel at Condado Plaza, where we checked in and fell into bed.

Friday we slept late, and had a lazy breakfast, in the hotel restaurant where our friendly waiter kept us topped up with coffee and chitchat, frequently bursting into song as he passed between the tables. We spent most of the day by the pool, sleeping in lounge chairs, playing in the ocean, and alternating between the hotel’s salt water lap pool, and the fresh water pool, which I have nicknamed “the Dolphin Pool".

It was after four when we finally took our lazy selves up to the room and showered. We caught a city bus into Old San Juan and walked around the blue cobblestone streets peering into the long shuttered windows of mint and sherbet colored haciendas and taking pictures of outrageously lush tropical plants.

Kris was indulgent, following amusedly as I explored shop after shop, in search of a colorful summer purse that would complement my skirts and sandals. When I was thirsty, we found an open air market made up of four art galleries and a small restaurant jammed into an alley. The galleries displayed paintings, boxes, and colorful carved figures on shelves along the brick alley wall, and the restaurant was little more than a small kitchen and counter tucked under a canvas awning. We ordered iced coffees, but what we got were blended concoctions of espresso, coconut milk, and ice, which, under a thick head of whipped cream, tasted more like milkshakes than coffee.

“You like it?” asked our young server, “Only I make it this way.”

An hour later we wandered into Ostra Cosa in search of a snack. Ostra Cosa is a small cafe tucked into the hidden garden in the center of a Spanish-style building filled with the galleries of independent painters, potters, and clothing designers. The only souls inside the cafe were three employees and a Scottish terrier named Grimmauldi. Behind bar, a bearded man was carving the muscled bicep on a clay sculpture of a male torso. As we approached, he set aside his instruments and invited us to join him at the bar. “Hungry, thirsty, or hot?” he asked us, his arms held wide in a welcoming gesture.

I answered, as I seated myself at the bar. After handing us two napkins soaked in ice water for mopping our brows, he mixed us two of the best pina coladas I’ve ever tasted, and began asking us what types of food we like best. Over our drinks, we talked about food, art, and the differences between New York and Puerto Rico. Then he sent his cook to make us some jumbo prawns and chorizo.

“I believe the restaurant should get to know the customer,” he explained, “and then feed them the food that they will like. These restaurants, they make the customer take all the risk. They give you a menu, and they serve you what you order and you have to pay for it, even if you hate it.”

The result, he claimed, is that customers tend to order food they think is ‘safe’ when they go into a new restaurant, and they don’t experience the diversity of great food that is available to them.

“In this restaurant I take the risk. I serve you the food you will like. If you don’t like it, you don’t have to pay.”

Not surprisingly, the prawns and chorizo were excellent.

Our host eventually went back to his sculpture, occasionally breaking into song or pausing to give instructions to his staff in Spanish. We lingered over another set of pina coladas, and watched a wild parrot picking fruit in the tree above the restaurant. The day was only beginning to darken as we prepared to leave, and the barkeep leaned over the bar to give us one last word of advice,

“Do me a favor.” he said, “When you leave here, walk down to the beach, and watch the sunset. Do that for me.”

And so we followed a train of slender cats migrating down San Juan Avenue until we came to a gate in the city wall, and passed through to the where the sea meets the stony edge of the city. There we found a wide paved path that curved along the outside of the wall. Following the path, we discovered an entire population of aristocratic looking cats living among the breakwater stones. The cats sunbathed, frolicked, and ate from caches of cat food tucked into several niches in the rough, black stone.

The sky deepened into pale purple as we walked along the path, stopping from time to time to take a photograph or to pet a cat. We rounded a bend, and saw the blue-black shape of a pelican soaring in circles over the water’s surface. We watched him dive for food, folding his wings and aiming his arrow-like body straight into the sea. With each dive, the pelican disappeared under the water, and then emerged with a throat full of wriggling fish. Fascinated, we watched as he circled and dived, circled and dived, until we were forced to wonder,

“How much does this guy eat?”

Finally, we turned back toward the city lights.

We stopped at another little restaurant, where ordered the “Local Fritters Plate”, which turned out to be an assortment of tiny pastries, like pizza rollups, filled with local favorite foods, such as spicy beef, cheese, and sweet plantain. We asked our waitress if there would be a 4th of July celebration, and she assured us that the fireworks would begin very soon. We didn’t quite understand the directions she gave us, but we set off in the direction she pointed anyway.

We road ended at another city gate, and we found ourselves at another wall. We could see part of the city sprawled out below us, and the sea beyond that. Should we walk around to the right or to the left? We wondered, and then we thought, “What if we can see the fireworks from here?

The wall was the perfect height for leaning, so we snuggled up and waited to see what would happen. Soon the fireworks began, and a jazz band began to play in a gazebo just below us. A family joined us, and the father set his small son upon the wall, and wrapped his arms around the boy’s belly like a seatbelt. It was pleasant to hear the excited chatter of two young children as they watched the display.

After the fireworks, we held hands as we walked back to the main street of Old San Juan, trying to decide whether we should walk back to the hotel, or look for a taxi.

The taxi driver was calling to us from his open passenger side window. On our way back to the hotel, our driver asked us where we’d been, and what we were planning to see during our stay. He insisted that we visit the underground caves and the rain forest, occasionally interrupting himself to point out a trendy restaurant or a popular club along the way.

“These are the best,” he said, “I know, because I always drop so many people there.”

Back at the hotel, Kris wanted to take another walk on the beach, so we changed our clothes and headed out. In the polished wall of the elevator car, I watched our reflection. He looked so handsome in my favorite blue button up shirt, while I.. well, the jelly stain on my cargo pants wasn’t terribly noticeable.

The balmy wind ruffled our hair as we stepped out into the night. There were some kids still playing in the pool, laughing and splashing as we threaded our way between lounge chairs to the end of the patio.

Kris led me up a crooked path through the trees until we reached a small lookout where we could watch the waves rise and crash into the rocks below us, the froth appearing silver in the light of the half moon.

I leaned against the railing, and Kris stood behind me, his arms around my waist, as I inhaled the humid, salty air and looked back on the day. We had done so many things, and yet I felt relaxed. It seemed as if we had lived three days on the beach instead of only one. Standing there, with the wind in my face, and Kris at my back, it seemed a miracle that we still had two whole days stretching long and languid ahead of us, rich with possibilities for more sun, sea, and exploring.

After a time, Kris moved away, and I turned to see where he had gone.
In the moonlight, I saw the glint of the diamond in his hand.

“Will you marry me?” he asked

And I pounced him up in a hug, saying “Yes” so fast, that I’m afraid I may not have heard all of the word “Me.” 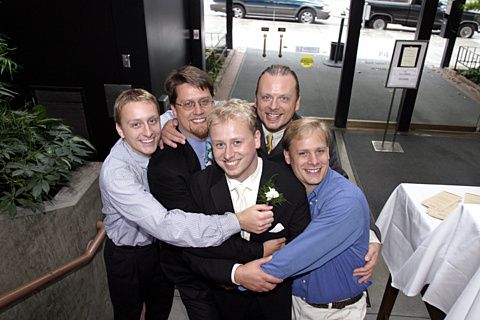 I was surprised that I actually got my wish. 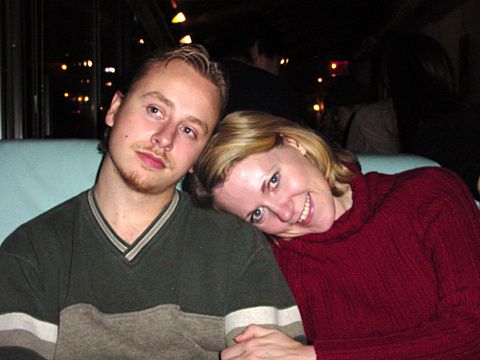 At times I am jealous of your daydreams.