When I gave my icebreaker speech, I knew exactly why I had joined Toastmasters.  "I want to tell stories for The Moth, and I want to be on the radio."

That was in 2012, and The Moth held their first Story Slam in Seattle the following month.  Dan Kennedy was hosting (squee!) and I was in the audience.  Over the next 6 months I gave 10 speeches, earning my Competent Communicator title in record time, and I went to the Moth Story Slam every single month.

It is my policy to put my name into that hat every time I attend.

What a rush it is, to have my name in that hat!

I never know what kind of story I'm going to hear, but I cheer for every storyteller, knowing how scary it is.  Knowing I might be next.

During the story I'm breathless- enjoying the tale and also practicing my own story in my head.  The story ends, and I feel my heart race as the storyteller reaches into the hat to pull out the name of the next speaker.
Is it me?
Is it me?
Is it me?

My throat constricts, my mouth goes dry.  The name isn't mine.
I flush with relief and disappointment.  My hands tremble a little.
I take a deep breath, calm my heart, and settle for the next story.  Five minutes later, the story ends, and the cycle begins again.

Sometimes I work hard on my story. I write and revise.  I practice aloud, pacing in my bedroom, or driving in the car.  Some months I can use parts of a speech I've told recently.  Some months, the prompt they give just doesn't fit- nothing compelling comes to mind.  The story is slow in coming.

One night, after a busy week, I arrived at The Moth with nothing more than an outline.  A shape- thin, like the curve of the new moon.  It started with an anecdote.  I centered on something scary.  It didn't really have a resolution.

I sat in the audience with my pen and a receipt from my purse, making notes.  I tried different constructions in my mind.

My name was called.
The lights were on.
I looked into the crowd.

One thing I've learned from Toastmasters is the skill of impromptu speaking. If I build some little tidbit that I've told before into my story it warms me up and helps me find my rhythm.

So I leaned into that anecdote.  I watched the crowd for their reaction.  I found a path to that ending I had in mind.  The five minutes dragged forever.  They were over in a flash.

And then the judging.

One fun feature of a Story Slam is the judging.  In the beginning of the night, the event organizers recruit several teams of judges from the audience. Those judges are given a rubric and some flip charts with numbers.  The judging teams make up silly team names like Pink Fluffy Unicorns, or Really Bad Actors.  After every speech, each team of judges provide a score from 1-10.  At the end of the night, the scores are tallied, and the storyteller with the best score wins, and is invited to speak at the Grand Slam, later in the year.

I didn't win.  In fact, I've never won a Story Slam, though I dream of winning one someday.  It hadn't been my best story, but I felt I'd made a heartfelt tale.  I'd attacked a scary subject with sincerity and vulnerability, so I thought I had a chance.

Normally, I don't mind not winning.  I hope to win someday, but I'm willing to work for it.  However.   On this particular night, the winning story was about the time the storyteller ate a bag of prunes and pooped his pants at Kindergarten. It was funny and sweet, and the bit about the car ride home with his mom was pretty great.

But I did NOT like being beaten by kindergarten poop.

5 years later, when I received word that my story had been selected to appear in this week's episode of The Moth Radio Hour, I felt vindicated.

That poop guy won the Story Slam, but MY story is going to be on the radio.

This week, The Moth Radio Hour will air their episode, "Fear Factor."  One of the stories, entitled "Stardust and Old Dogs" is my story from that night.  You can listen to it live on your local NPR station, or you can find it here.

I haven't listened yet.  I'm a little bit nervous.

I did not know how I would survive. 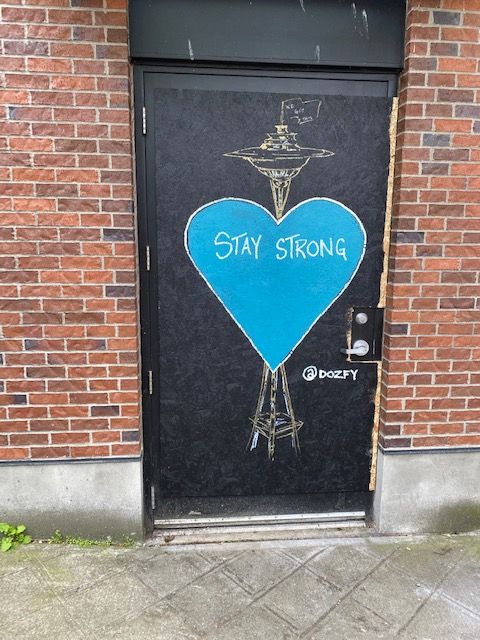 When this is over, I am not sure I want to go back to Normal.