Worst storm in three and a half weeks! Thousands Dead.

The evening commute Wednesday was the scene of mass carnage as New Yorkers ventured into hurricane conditions, umbrellas ahead of them, bending into the wind. No one was prepared for the force of the winds, or the sheer mass of the rain beating the buildings, the streets, or the hapless umbrellas. I saw the first victim of the storm as I rounded the corner of 9th and 15th.

Glistening wet, the black umbrella crouched in the corner like a broken batwing, spiny bones protruding from its vinyl skin in unnatural angles. As I struggled to make my way to the subway station, I began to notice more and more carcasses. Carelessly tossed aside, they washed down the swollen gutters, piled up against buildings, tumbled into the subway stairways.

As the rain began to beat apart the garbage bags piled on the sidewalks, I saw their spiny forms outlined through the plastic. Their inside-out skeletons pierced the bags, reached out like spidery hands. I was forced to turn my head.

Like a plague of locusts, these umbrella husks descended upon our city, and were gone as quickly as they came. This morning as I ventured out of my apartment in my still damp wool coat and hat, I saw a few survivors, red and plaid, gamely keeping up the good fight as their comrades disappeared into the backs of the groaning garbage trucks. 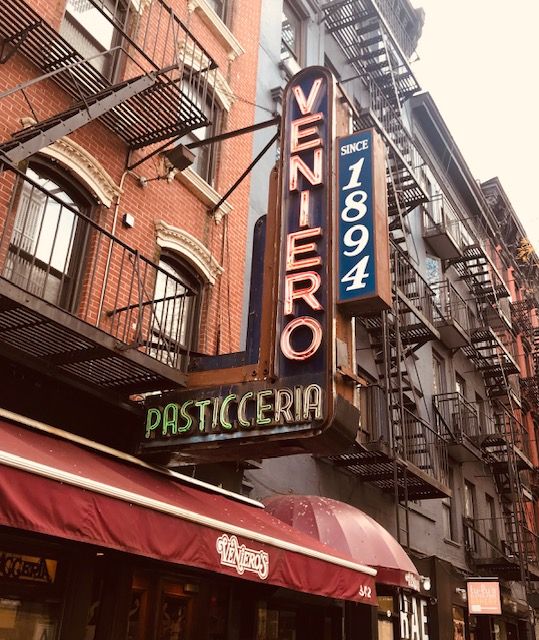