On the first day we met, Kris took me on the best date of my life. I didn't know it was a date.

We went to some Asian-Fusion place in the East Village. I remember leaning across the votive candles to speak in a hushed voice as I unwound the story of my recent heartbreak. Kris has a certain perspective that is at once tender, amused, and piercingly direct. I unloaded on him with the kind of honesty you can only share with someone you’re certin you’ll never, ever date. He was a serious and empathetic listener. I told him everything- my bad behavior, my darkest secrets. Kris has a way of listening.

After dinner we walked to Veniro, a brightly-lit Italian bakery where we sampled tiny pastries and bought two cannolis, which we dropped in the trash after one bite. Too sweet!

From Veniro we walked to a Saint's Alp Tea House, where I had my first taste of bubble tea.

All of this was new to me. Having moved straight from Bellingham, Washington to Manhattan, I’d never seen a cannoli in real life, and I’d never even heard of bubble tea. I was a legitimate small-town girl, I had not been processing city life well.

The following weekend, Kris took me to SoHo to go clothes shopping. We spent the entire day trying on vinyl skirts and low-rise jeans and I went home with a completely new look. What followed was several months of what I now think of as stealth-dating.

Kris would take me dancing, and then Veselka for a 3 a.m. snack. We often shopped, we dined, and we explored the city. Like a magician pulling diamonds from a silk hat, Kris showed me a new adventure every week. We took to haunting coffee shops, where he spent hours reading and I spent hours writing. Occasionally he would interrupt me to show me a passage in his book that he particularly liked. Occasionally I would interrupt him for a quick edit on tough paragraph. He’s an excellent editor.

We sent each other poems we loved in a frenzy of workplace instant-messaging. I fell into the habit of phoning Kris as soon as I woke up each Satruday morning, assuming we’d spend the day together.

Through it all, I assumed we were only friends. It wasn’t until much later that I realized it was all part of his plan.

One Saturday morning after Kris and I had been an established couple for some time, we had brunch with our friend, James. James was excited about an upcoming first date, and Kris was offering him advice.

"Just take her to do things you like, and let her show you what she likes."

“Don’t take her back to your apartment. If you do, you might be tempted to kiss her. You want to leave everything ambiguous as long as possible."

"Don’t make her decide if she likes you for a boyfriend or just for a friend too soon. If you press her and she hasn’t made that decision yet, she’ll choose just friends every time.”

I suddenly realized that Kris had known we were dating all along.

I began to notice more and more carcasses. 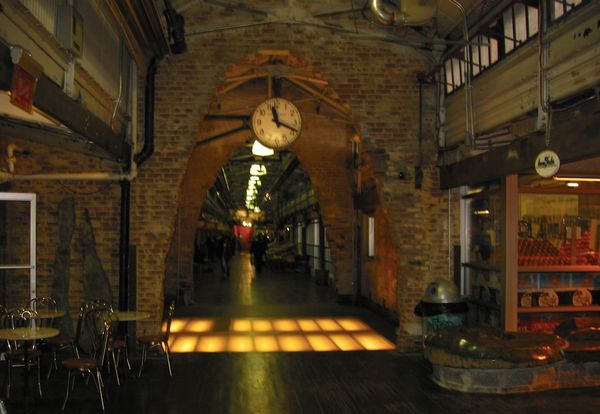